What Factors Are Related to the Tail Temperature Control of Rotary Kiln?

The so-called tail temperature refers to the temperature of the kiln tail smoke chamber of the rotary kiln. The kiln end temperature is a window to observe the conditions in the kiln and a key parameter for judging coal consumption.

In many articles, people gravitate towards coal for the first time. In fact, both the first coal and coal feedings resulted in excessive tail temperatures. It should be said that, theoretically, the ratio of the first tailing coal is 40:60 through heat balance calculation. In fact, this ratio is not necessarily, it is affected by various factors and changes.

Another example: in the case of normal calcination, the amount of coal used in tailings is artificially reduced. In order to ensure the normal current of the kiln, the operator will achieve normal calcination by adjusting the first coal. Of course, these circumstances are not enough to prove whether the ratio of 40:60 is reasonable, but ordinary cement workers will know whether it can save coal, equipment heat dissipation, and the heat taken by exhaust gas is not only operation, but determines the second wind temperature, not the first The proportion of primary coal. Therefore, the ratio of head and tail is not constant, but there is one parameter that is determined, that is, the lower the temperature of the smoke chamber, the better when the kiln current is normal in the calcination of the rotary kiln.

The so-called lower the better. First, the kiln in the high temperature zone is normal. Second, coal consumption is lower. The so-called normal in the kiln after the high temperature zone means that there is less skin formation in the kiln and it is not easy to form a circle. When the tail temperature is too high, the temperature of the carbonate decomposition zone and transition zone will be higher. Affected by the alkali and its harmful components, the liquid phase amount will appear earlier. As the temperature increases, the gas generated by the harmful components at the kiln end will intensify, and the circulating enrichment will increase.

In addition, with the early appearance of the liquid phase, the probability of the appearance of the sulphur-alkali circle in the kiln tail after the kiln will naturally increase. When the tail temperature is low, the time of the material at 1200-1350°C will naturally be shortened, the formation of harmful gas components will be less, the cycle enrichment will be less, and the probability of ring formation will be lower. That's why dealing with knot loops after 35 meters requires lowering the tail temperature to the bottom line. Many people know that when material leaks, the effect of reducing tail temperature calcination is obvious.

The reason for the low coal consumption is that the ratio of head to tail coal is better only when the temperature at the end of the rotary kiln is lower.

Therefore, only when the tail temperature is lower is the time when the total amount of coal is lower and the best time for calcination (one of the measures to prevent the formation of sulfur rings in the kiln tail).

The relationship between tail temperature and flame

3. The relationship between tail temperature and scorchability of raw materials

When the flammability of the raw material is good, the amount of coal will be reduced, the combustion speed is fast under the same conditions, the decomposition of carbonate is fast, and the heat absorption is fast. So the temperature of the smoke chamber is very low.

When the flammability of the raw material is poor, more coal is needed, and the combustion speed is slowed down under the same conditions, the material needs a higher reaction temperature, and the decomposition furnace is prone to post-combustion. The firing zone is also extended in the kiln. It also causes high temperatures in the smoke chamber.

For example, if the KH of the clinker is 0.91 in the best production quality state, when the KH is mentioned as 0.93, the flammability of the raw material is very poor. If forced to reduce materials, coal consumption must be increased. According to the 5000t/d production line, the head and tail coal should be increased by more than 4 tons. You can calculate for yourself how much the coal consumption per ton of clinker has increased. You can imagine how much the tail temperature can increase.

Fourth, the relationship between tail temperature and pulverized coal combustion

First, when the secondary air is large, the probability of pulverized coal entering the kiln end from the kiln head is extremely low in an oxygen environment above 1450 degrees.

As we all know, carbonate decomposition is a reaction process with large heat consumption in clinker calcination. After the carbonates decompose, very little heat is required to mature the material. Conversely, the solid phase reaction stage releases heat, and secondary air brings a lot of heat. After the material with excessive carbonate decomposition rate enters the kiln, the transition zone material absorbs very little heat. After the heat absorption reduces the secondary air temperature and reaches the kiln tail, the change is small, and the tail temperature is naturally higher. When the carbonate decomposition furnace of the material entering the kiln is low, it needs to absorb a lot of heat when entering the kiln, and the temperature of the secondary air will naturally drop when it reaches the end of the kiln. Therefore, the decomposition rate of carbonate entering the kiln is a problem that cannot be ignored, and it is expected to be controlled at 92-96, which should not be too high.

Previous:Analysis of the Reasons for the Long and Thick Kiln Skin of the Rotary Kiln Next:Rotary Kiln Supporting Roller Replacement Steps
Back RELATED NEWS 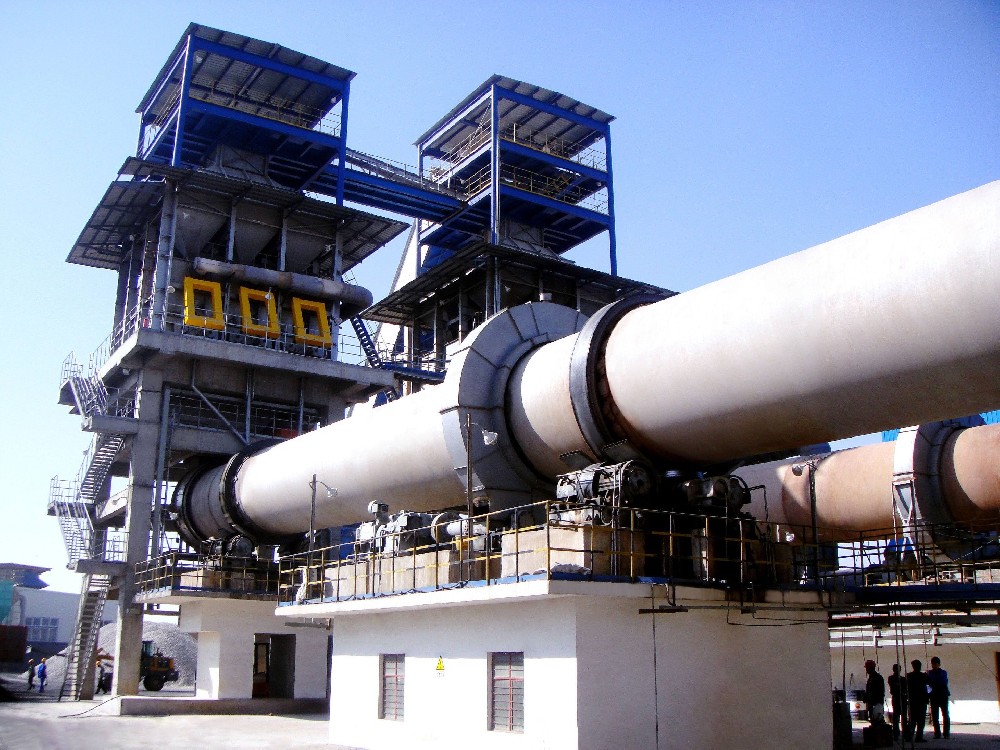 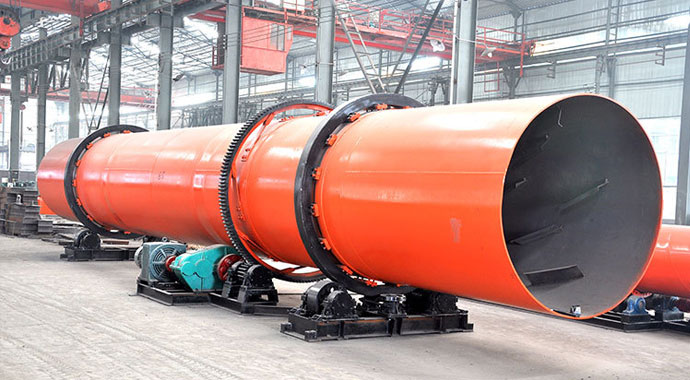 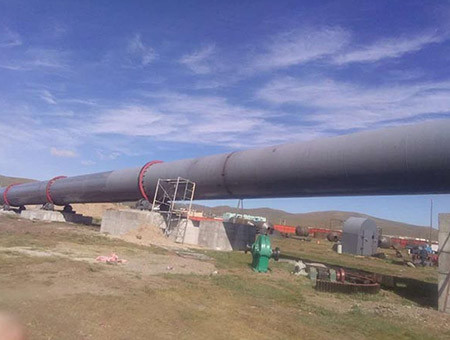 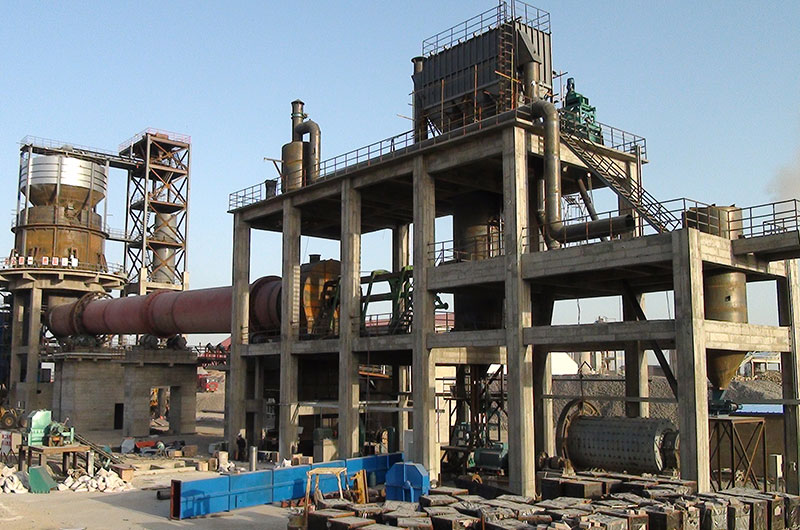 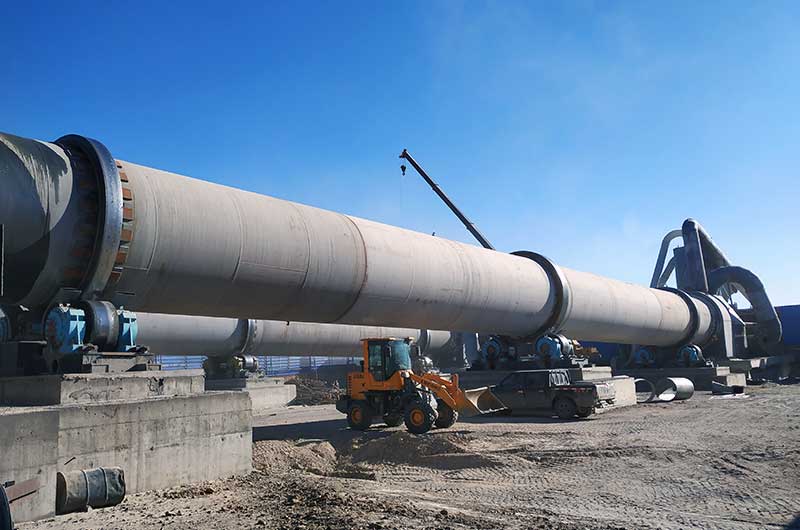